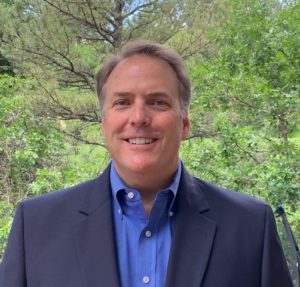 Ed is the Employing Broker and Owner of Schiel Real Estate Group.

He began his career in Commercial Real Estate in 1986 after graduating from the University of Colorado. In his approximately 35 years in that industry, He gained a vast depth and breadth of experience having been responsible for the commercial real estate divisions of two major development companies, Integrated Properties, Inc., and American Nevada Company. He was responsible for the commercial development, asset management, leasing, property management, construction, and marketing functions, as well as the acquisition and disposition of real estate assets.

Ed Schiel was the Senior Vice President for Integrated Properties, Inc. and was with them from January 1994 through September 2014 (excluding his time at American Nevada Company described below). One of the highlights of Ed’s career at Integrated Properties was the development of the 16M Project, an incredibly successful 10 story mixed-use project located at the corner of 16th and Market Streets in Denver Colorado.  16M was sold upon completion for an amount that set a new-record high in the Denver market on a price per square foot basis. Ed also held the position of Senior Vice President of Commercial Operations for American Nevada Company in Henderson, Nevada from May 2006 through September 2011. There, he was responsible for the operations of the commercial portfolio of approximately three million square feet of office, retail, light industrial, medical office, hotel, and multi-family properties. During his time at American Nevada Company, Ed was part of the team that developed the Corporate VI project as well as projects for The Nevada Cancer Institute.

From 1987 to 1993, Ed was in commercial brokerage with the Denver office of Grubb & Ellis.

Ed Schiel was an “Evan’s Scholar,” and graduated with a Bachelor of Science degree in Business (Finance and Real Estate) from the University of Colorado at Boulder in 1986.